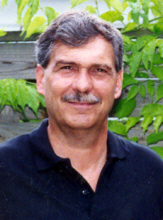 Robert “Bob” Sims, 61, of Clay, passed away Saturday April 3, 2010, surrounded by his family at Francis House after a long, courageous battle with cancer. Born in Syracuse on Monday, January 24, 1949, he lived in Camillus before moving to Clay in 1973. Bob was employed by Longley Jones. He served in the National Guard from 1970-1993 and was a communicant of Holy Family Church and St. John's Church of Liverpool. He was an avid Syracuse University sports fan and enjoyed gardening. Bob’s mother, Anna Mae O’Brien Sims, died on March 18, 2004. Surviving are his wife, the former Mary Ellen Toole; daughters and son-in-law, Renee Sims of Havertown, Pennsylvania, Erin and Glenn Reed of West Winfield, and Jennifer Sims of Clay; father, Robert Sims of Camillus; sister and brother-in-law, Diane and Gary Black of Castle Rock, Colorado; brothers and sister-in-law, James and Cynthia Sims of Sennett and Terrance Sims of Sicklerville, New Jersey; seven grandchildren; and several nieces, nephews and cousins. Services will be at 10 a.m. Thursday, April 8 at Holy Family Church. Relatives and friends may call Wednesday, April 7 from 5 to 7 p.m. at the Buranich Funeral Home, 5431 W. Genesee St., Camillus. Robert will be laid to rest in Belle Isle Cemetery, Warners. In lieu of flowers, contributions may be made to Francis House, 108 Michaels Ave., Syracuse, NY 13208.
To order memorial trees or send flowers to the family in memory of Robert 'Bob' Sims, please visit our flower store.