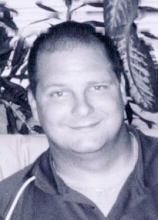 Sean Patrick Hagadorn, 41, of Camillus passed away Friday at University Hospital. Born and raised in Syracuse, he was a graduate of Corcoran High School and SUNY Brockport. Sean was a loving father who worked tirelessly to provide financially, emotionally and culturally for his family. He planned and enjoyed many family excursions to Yankee Stadium, Disney World and camping trips. Sean also dedicated his time to charity work through Tipp Hill Athletic Club and fostered the importance of such work in his children. He was a member of the Local Union 280 and also enjoyed cooking, sports, going to his children's events, traveling, the Yankees, and most of all spending time with his family. Sean was a decorated Syracuse Firefighter for 13 years achieving the rank of Lieutenant and was well known among his peers for his culinary expertise. He nearly achieved a perfect smoked brisket. Fellow firefighters looked forward to Sean's turn to cook at the firehouse. Known as a fiercely loyal son, husband, father, brother and friend, Sean went above and beyond to protect and support those he loved. As a good friend of Sean's often said, "Sean was like a fine glass of scotch, he was an acquired taste". Surviving are his wife of 15 years, the former Stacey Lynn Haley; daughter, Haley Sarah;   and sons, Sean Patrick and Ryan Connor; mother, Ann (Dan) Emond of Syracuse; father, Philip Hagadorn of Detroit, MI; brother, Philip (Kim) Hagadorn of Camillus; sisters-in-law, Tricia Barnello of Camillus, Lauren and Alyssa Haley of Camden; brother-in-law, Luke Haley; several nieces, nephews, aunts, uncles and cousins. Relatives and friends may call Monday, June 1, from 4 to 7 p.m. at  St. Joseph's Church, 5600 W. Genesee St., Camillus. A funeral Mass will be celebrated Tuesday at 10:30 a.m. in St. Joseph's Church. There will be a private burial. In lieu of flowers, contributions may be made to Sean's children's education fund, c/o Syracuse Fire Department FCU, 211 Wilkinson St, Syracuse, NY 13204.
To order memorial trees or send flowers to the family in memory of Sean Patrick Hagadorn, please visit our flower store.