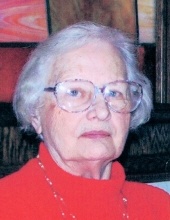 Sophia Anna (Grinko) Daniluk, 94, of Camillus, passed away Sunday, July 19, 2015 at home. Born in Easton, she lived in Camillus since 1947 and was a graduate of Greenwich High School. Sophia was employed ten years with GTE Sylvania in Camillus and previously with Albany Felt Co. She was a communicant of Ss. Peter & Paul Orthodox Catholic Church and was a former member of its Mother's Club. She loved spending time with her family, enjoyed cooking, gardening and knitting. Sophia was predeceased by her brother, John Grinko; and great-granddaughter, Nataliya Daniluk. Surviving are her husband of 68 years, John; daughter, Nena (Donald) Kinsley of Baldwinsville; sons, Leonard of Camillus and John (Deborah) of Butler, PA; sisters, Vera Beecroft and Lubov Wolosen, both of Schaghticoke; brothers, William Grinko of Schaghticoke and Theodore and Harry Grinko, both of South Cambridge; seven grandchildren; six great-grandchildren; and several nieces and nephews. Relatives and friends may call Thursday, July 23 from 4 to 7 p.m. at Ss. Peter & Paul Orthodox Catholic Church, 401 Hamilton St., Syracuse with Panikhida Services to follow at 7 p.m. A burial service will be Friday, July 24 at 10 a.m. in the church. Sophia will be laid to rest in Greenlawn Cemetery, Warners. In lieu of flowers, contributions may be made to Ss. Peter & Paul Orthodox Catholic Church, 401 Hamilton St., Syracuse, NY 13204 or to one's favorite charity. Share condolences at www.BuranichFH.com
To order memorial trees or send flowers to the family in memory of Sophia Anna Daniluk, please visit our flower store.